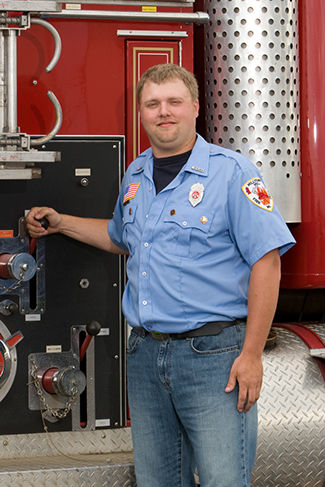 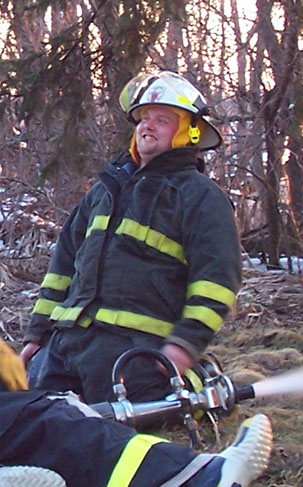 Chad joined the fire department in 1997. Through his years of service he showed that he had what it took to be a great volunteer and a great leader of the department. Chad became a captain and after proving he had what it took to be a captain, Chad was then elected to the position of assistant chief which he held for many years until he was elected to be the deputy chief.
Chad was very active with the fire department on both fire calls and medical calls. You could usually count on seeing Chad any time the pager went off. The only time that you may not see him is during farming season or when he was doing something with his family. Chad for many years was the member with the most runs on the department. One year, he only missed 50 runs of the just over 200 the department had.

Chad was very dedicated to the Milltown Fire Department. He also was very involved in helping others to be a part of the department and was always willing to show off the fire hall and apparatus to kids.

When it was time to start planning a new pumper for the fire department, Chad was very instrumental in the design and the equipment that went into that truck. He had many conversations with the builders and fire fighters to see what everyone wanted. Chad was very important during this time as the department had one chief retiring, and a new chief starting. Chad had been involved in the beginning process so when the new chief started, Chad gave the low down on what they wanted to see in the new truck.